Alright baby - here's what I have for you today:

We are going to install VMWare Tools in Kali Linux.

There are a ton of tutorials out there that tell you how to do this but I'm going to show you the recommended way to install VMWare tools as documented by Kali Linux.

How to Install VMWare tools in Linux

I remember the first time I tried to install VMWare tools in Kali Linux.  It was one of the most frustrating things in the world because I thought all I had to do was to click the "VM" menu in VMWare Workstation and then choose "Install VMWare Tools"

But that would have been too easy.

Wen you do that, it mounts the ISO to the file system and then a tar.gz file appears which you can extract and then run vmware-install.pl. 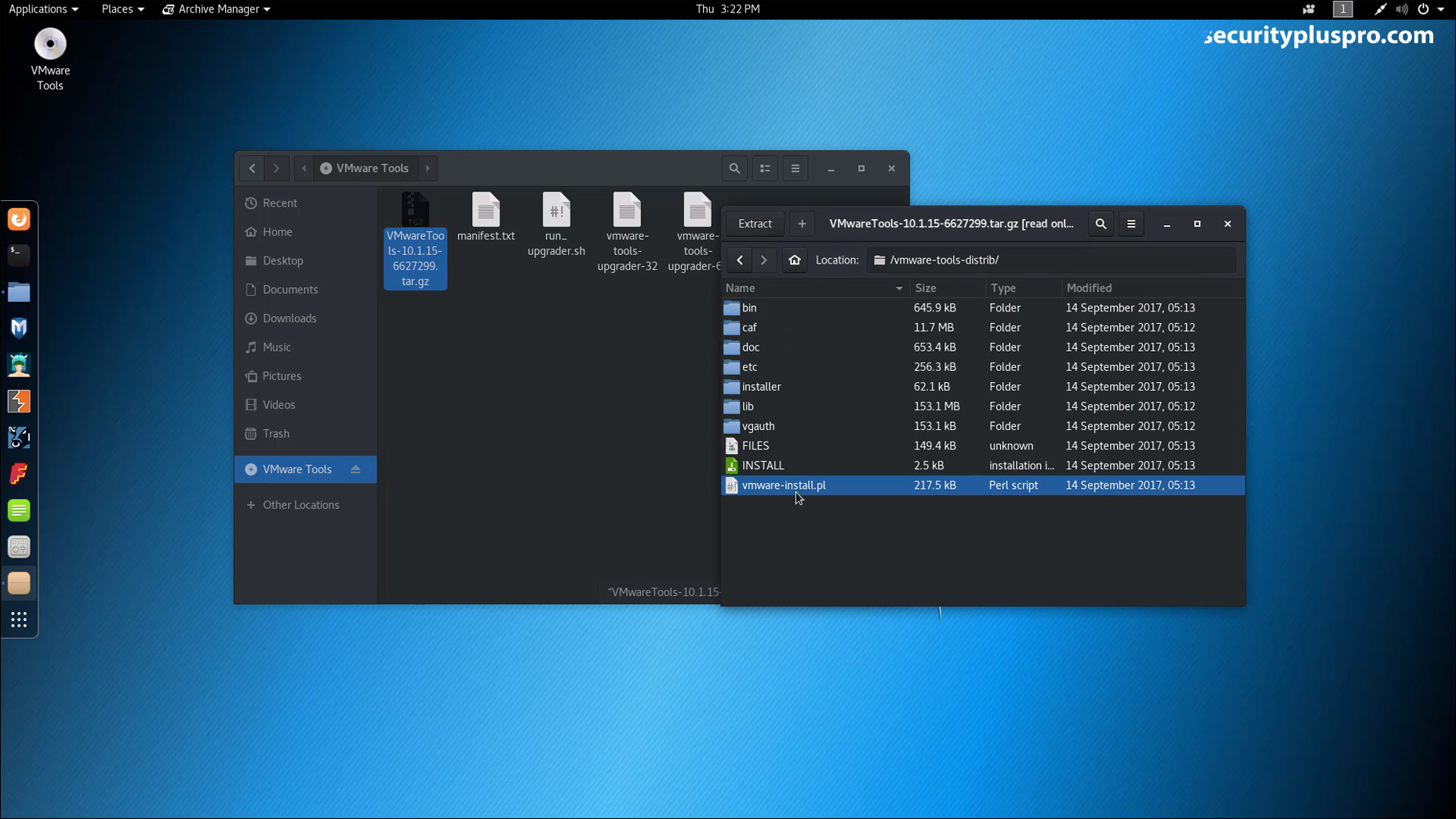 The only problem is this method is old hat and has reliability issues.

But before we get started, always make sure you run:

This will force your version of Kali to download all the latest packages.  But beware: this process could take a long time - as in several hours.  It really all depends on when you launched your last update and how many new updates have been released since then. 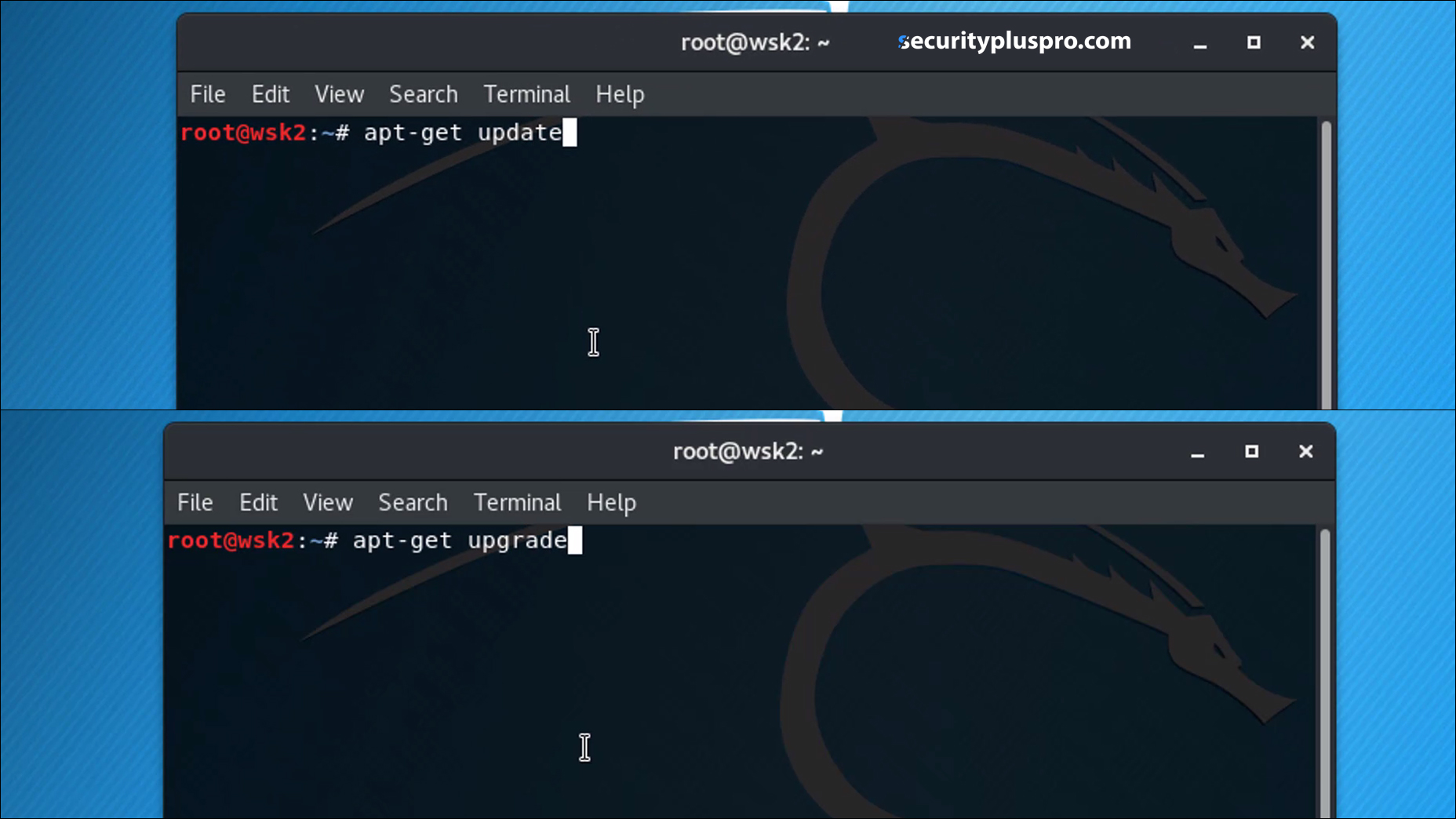 Cool, now we need to run this magic command:

The installation process should be relatively quick.  Once it finishes run this to verify the open-vm-tools-desktop process is running in memory:

Check out the result in the screenshot below: 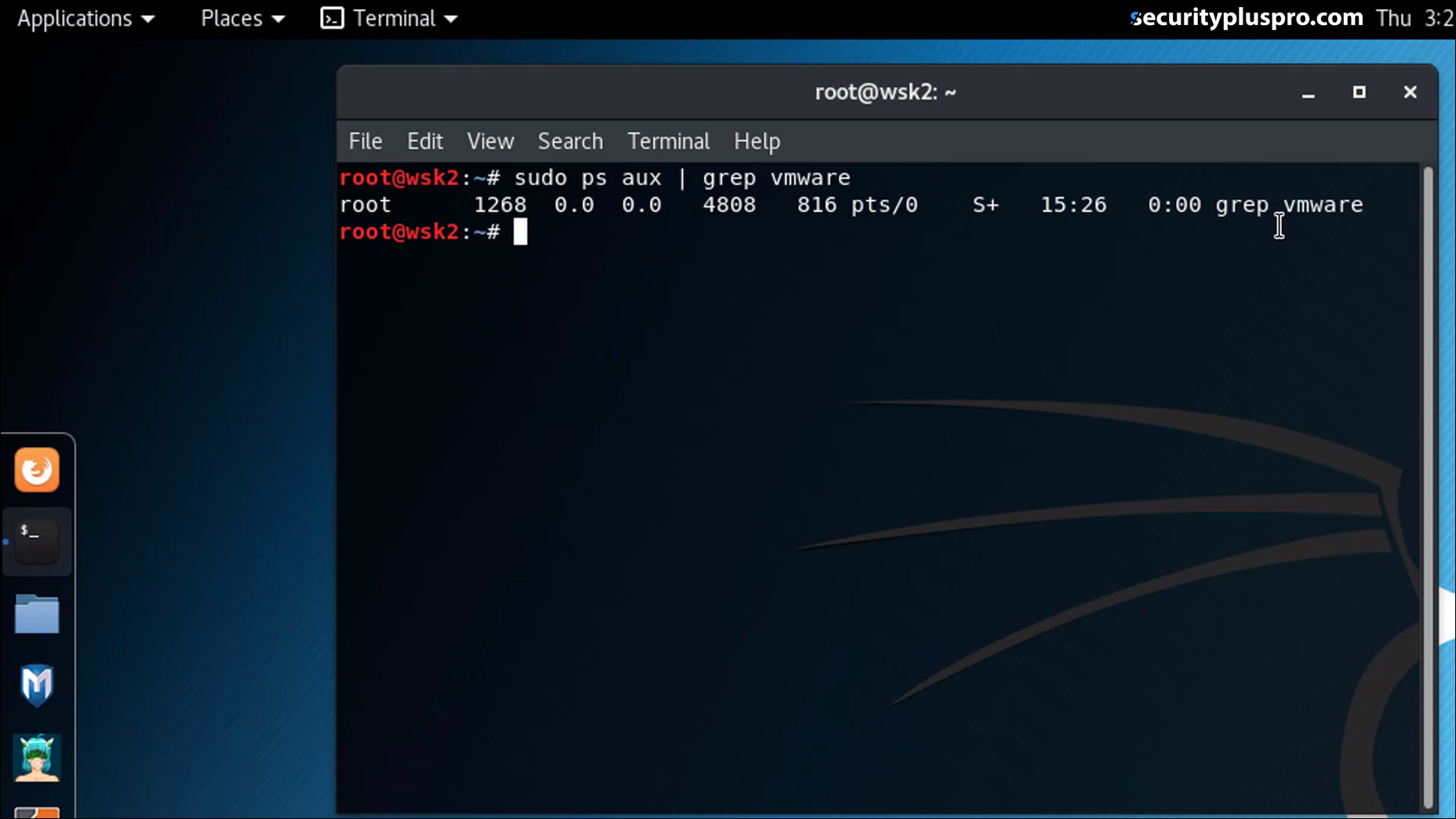 Now you should be able to effortlessly drag and drop files into and out of the VM.  You can also share the clipboard so you can copy and paste text between the guest Kali VM and your host (your real physical computer) machine. 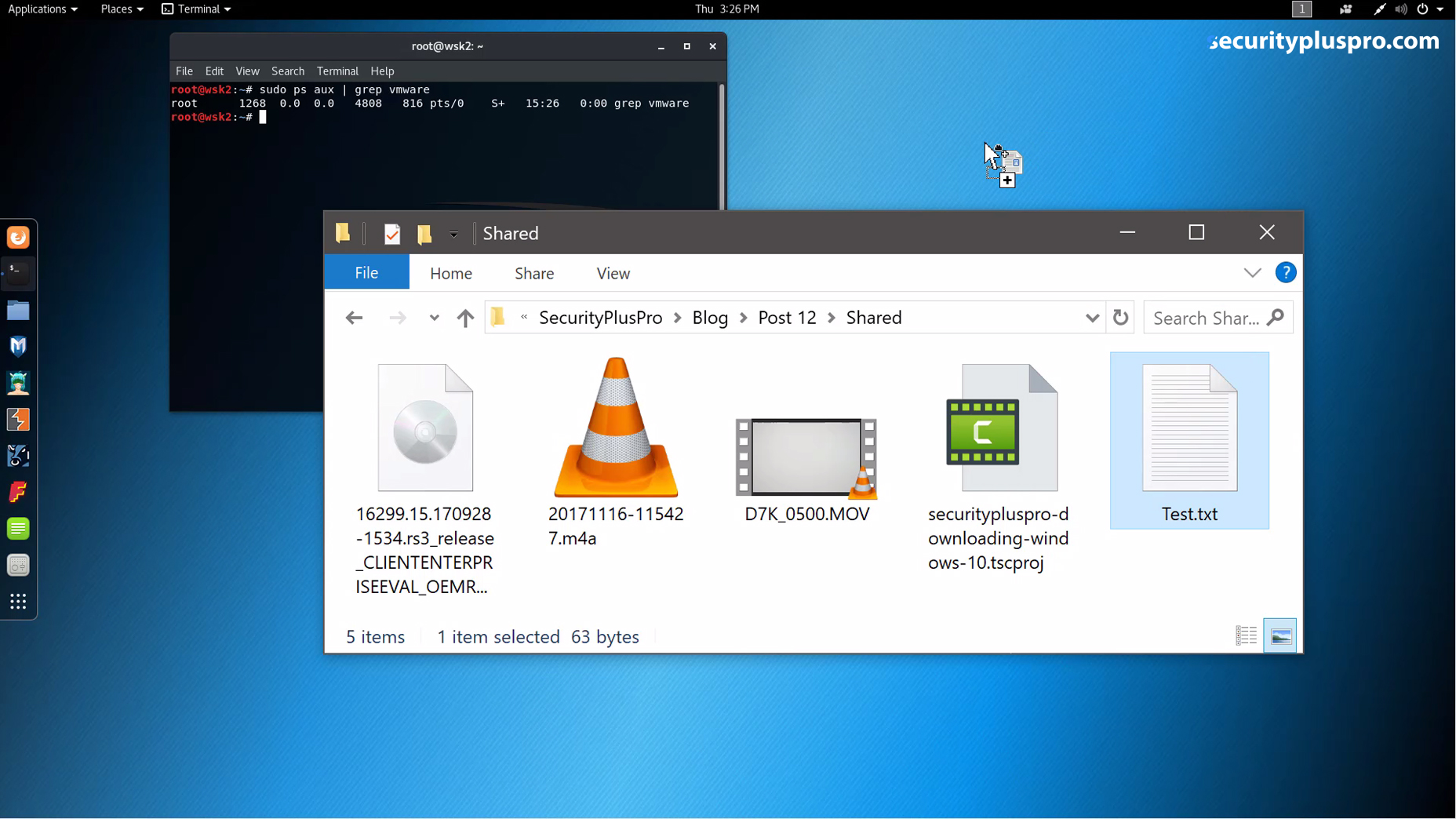 As always, if you ran into any issues just leave your questions below.

And if you want to see a full video demonstration of what I did here check out the quick video on the SecurityPlusPro Youtube channel here:

Also, don't  forget to signup for our email list so I can send you exclusive content and training and tips and tricks and all that good stuff - so you can pass the Security+ Exam!

Next week we'll round out our seven part series as I show you how to setup file sharing between your Kali VM and your Windows host machine.  Think of it as another handy trick for coping files in and out of your VM.

It's going to be fun - see you next week.